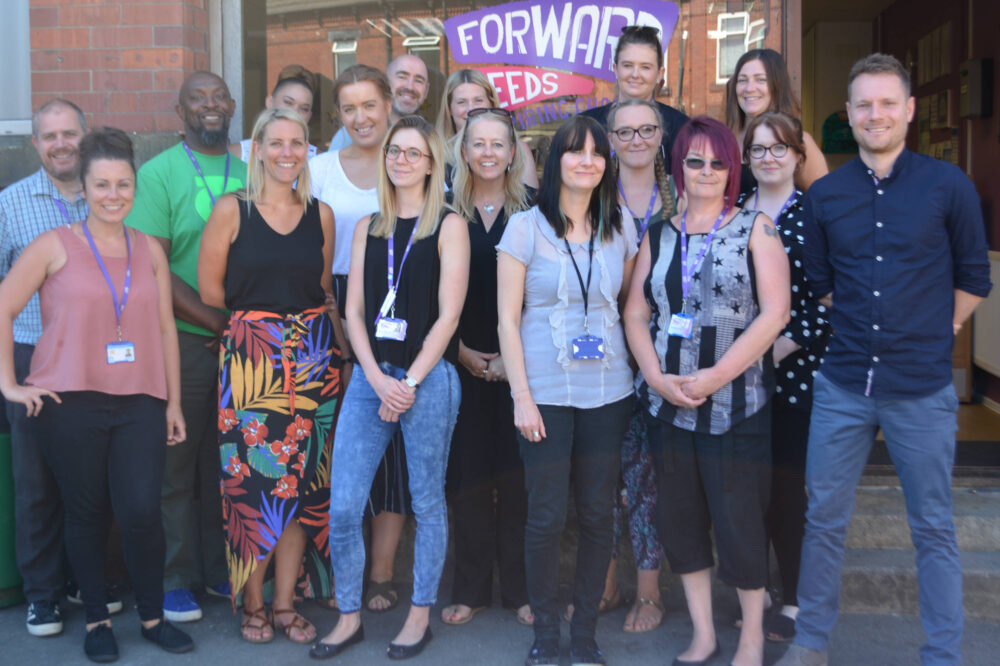 A “high quality” drug and alcohol recovery service which has made a “positive impact” across Leeds is celebrating its third anniversary.

Forward Leeds, the city’s alcohol and drug support service has helped over 4,000 adults and 700 young people to meet their treatment goals since it began in July 2015.

Councillor Rebecca Charlwood, Leeds City Council Executive Member for Health, Wellbeing and Adults, said: “Forward Leeds has made a really positive impact on the lives of thousands of people in Leeds over the last three years.

“I am proud that Leeds City Council funds a high quality service that is bringing so much hope to people of all ages across Leeds who are negatively affected by substance use. I would strongly urge anyone affected by this issue and wanting to make a positive change in their life to contact Forward Leeds to see how they can help.”

Operations Director Lee Wilson said, said: “We are seeing growing numbers positively exiting treatment. That is fantastic for Leeds but it is only a part of the story of what we offer.”

Lee continued: “Since we began we’ve introduced take home naloxone kits that help prevent deaths from overdoses and established 5 WAYS as the Leeds hub for sustained recovery from substance misuse. We also now have outreach workers based in over 50 GPs surgeries and health centres across the city and our young people’s team do over 600 school visits a year to work with under 18s.

“The demand for the service Forward Leeds offers has been much higher than anticipated. We are seeing a number of service users new to treatment who never looked for support before. There’s also been changes to way we operate, even in three years, as a result of a re-emergence of opiates and new psychoactive substances such as spice becoming an issue.

“Forward Leeds has worked with over 10,000 adults since we began. Some of those are still getting help and we are still in touch with some people we were unable to help at the time but who we hope to get back into the service soon. Sadly it’s not always the right time for an individual or events conspire against them, but Forward Leeds are here for them when they want to try again.”

Lee added: “There is also more to helping people with their substance issues than getting them to stop using. We work with people on getting into stable housing and we’ve supported over 2,000 people into some form of employment, education or training in the last three years.”

Forward Leeds also offers a range of harm minimisation activities as well. This includes going onto the streets of Leeds to work with the vulnerably housed and using a specially equipped outreach van.

The organisation helps people to get into rehab and detox centres if they need it and will even work with people who just want help in just moderating their drinking.

Councillor Charlwood added: “Recovery is possible and is happening every day right across Leeds. Looking to the future Forward Leeds has ambitions to be recognised as one of the best drug and alcohol services in the country and I look forward to working with them to achieve this ambition which will bring further success to people in Leeds.”