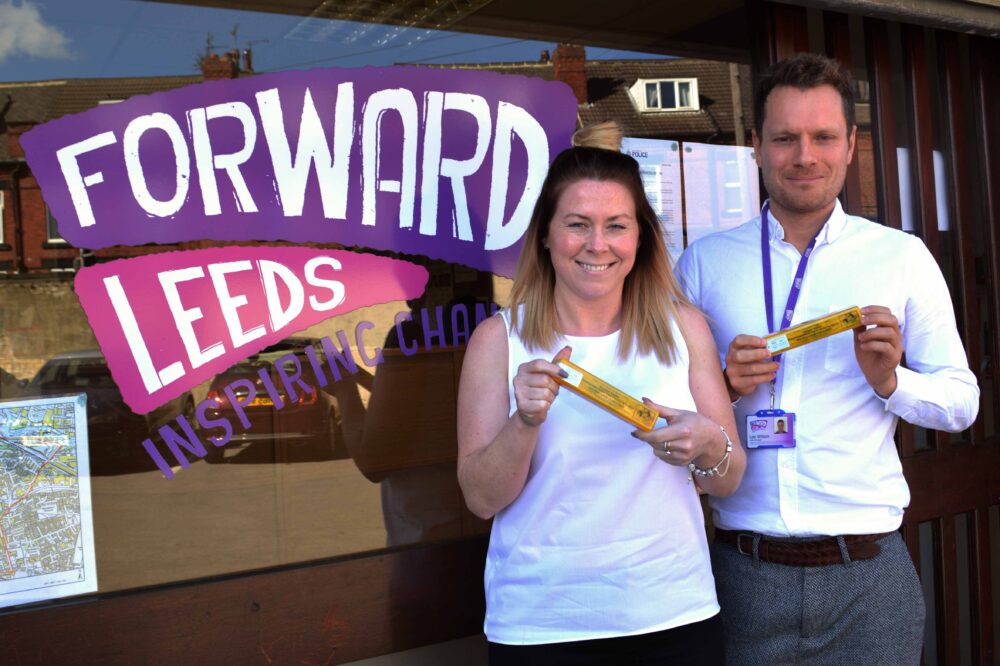 More than 20 lives may have been saved following the distribution of naloxone kits, last year.

A total of 22 kits, which are administered to people who have overdosed on opiates, have been returned to Forward Leeds since the beginning of March 2017, when our service first began distributing them to clients and their friends and family.

“An injection of naloxone temporarily reverses the effect of opiates such as heroin. It binds with the opioid receptors and removes the opioids from these receptors. This has the effect of quickly bringing someone round in the event of an overdose and saving their life.

“There is often someone on hand who can administer one of the kits if we have supplied them with one.

“They are being distributed by our staff across Leeds. Potentially, these kits have already saved the lives of twenty-two people. That’s someone’s son or daughter, brother or sister, father or mother who is alive because of the kits we are distributing. They are life savers.

“We are always trying to help people to move towards sustainable recovery from substance misuse and for many people right now naloxone could mean the chance to wake up tomorrow and move towards that goal”.